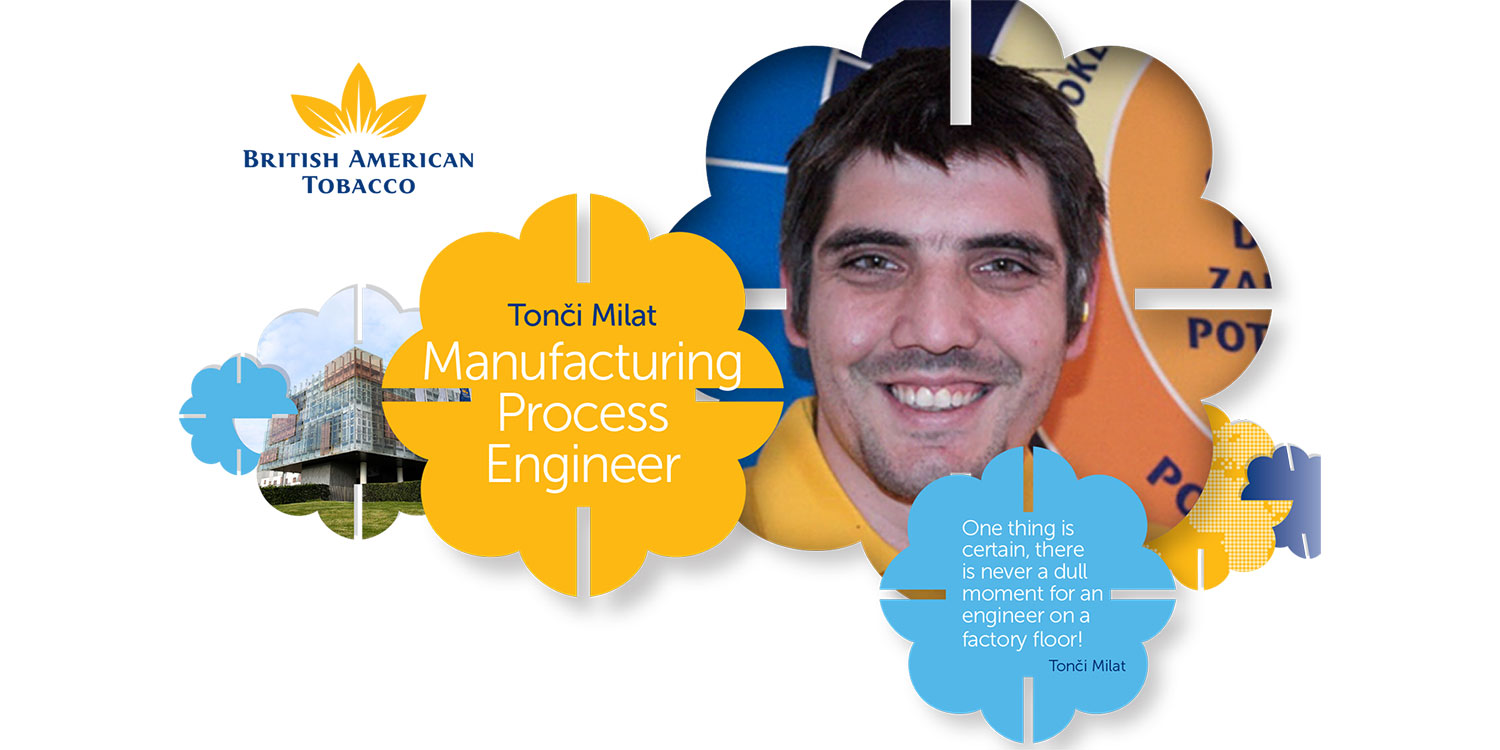 As soon as I graduated automation, I knew that I wanted to apply my knowledge in an actual production company. I wanted to see automation in motion and if I could see some robots, even better! Now I can say I made the right choice!

British American Tobacco (BAT) acquired TDR in 2015, and opened the door of the world to its employees in terms of growth and development. BAT is a multinational global tobacco leader with more than 200 brands in over 200 markets, and a bright and dynamic future.

As its newest acquisition, Kanfanar soon became the place to be in Western Europe. Built in 2006, Kanfanar is the youngest tobacco factory in Europe, but it was built upon over 100 years of tradition in making tobacco products. Its impressive output capacity of 20 bn cigarettes per year (that’s over 500 packs per machine each minute!) can be attributed equally to its topof- the line machines, as well as to its modern management systems When I came to tobacco industry, I wanted a position where I can make strides in a world of intelligence and technology, and to use my skills in programming, production, engineering and teamwork to increase efficiency and make lives of those who work here easier.

My ambition is to make a difference by engaging in challenging situations, where my effort has a direct outcome on the product itself, through use of integrated working systems, 5S organisational principles, 6-sigma methodology, and continuous tracking of all performance indicators. I enjoy this multi-layered experience, where I can switch from being someone’s coach one minute, to solving a challenging, never-before-seen problem a minute later.

Join Repsly for a Trip of Your Career
28. November 2016.
Categories
Recent Posts
Go to Top