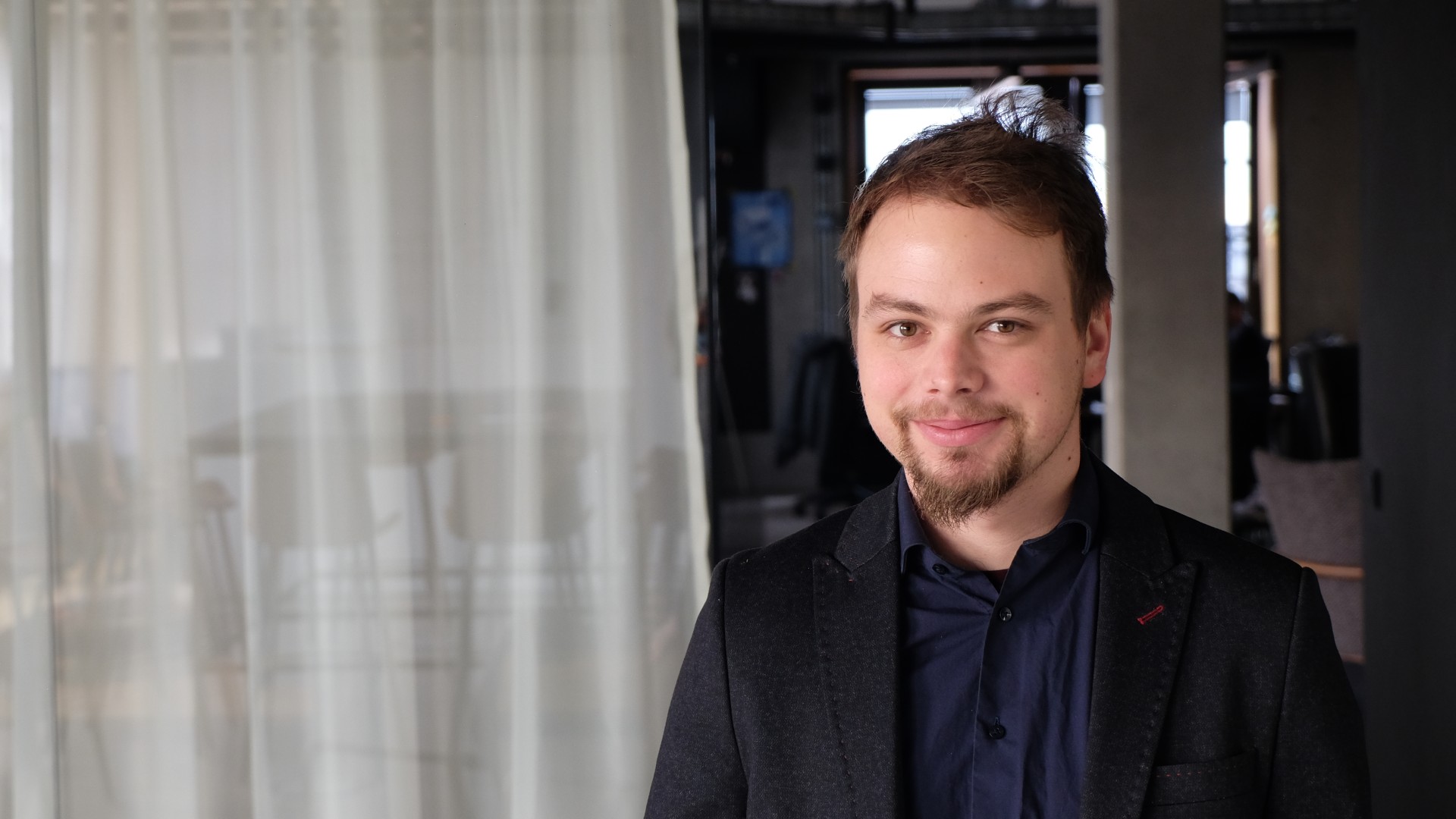 Hi, I’m Bruno and until very recently I was sitting in the same auditoriums as you, I submitted lab assignments at the very last moment and at 16h I was in KSET to get my coffee and some soft drink. For a year and a half now, I live in Berlin where I moved to develop user interfaces for cars and other vehicles. In spare time I do DIY electronics and photography, I like to travel and go to rock concerts while my favorite method of commuting is by bike.

What are your responsibilities at the workplace, what are you working on?

I’m a member of a team developing latest instrument cluster user interfaces for Mercedes cars. Currently, I’m working on the display of safety critical features such as parking brake light or engine warning as well as on connecting vehicle signals to their graphical representation. I also attend software and system architecture discussions.

What do you like the most at your current workplace, what are the challenges that you are facing on a daily basis?

My team is very multicultural and I really like that. Among 16 developers, testers and designers there are 10 different nationalities while in the company it’s harder to find a country from which we don’t have people from than not. This is also a challenge as interaction, culture and habits are not the same. Curiosity, openness and understanding are the key for a good atmosphere and relations.

Which skills and knowledge do you utilise? Which of them have you acquired during studies and which ones did you learn extracurricularly or additionally?

I’m using multiple programming languages – C++, Python, Javascript, Groovy. I acquainted myself with some of them during the course of the studies but it was never at such a level that I would be able to handle current tasks and projects. And that is actually not the point of university studies. Understanding of software design principles as well as of distributed and embedded architecture were of much greater value to me. One of the subjects that I would wholeheartedly suggest you take is Distributed software development where you are assigned a team where half of it is in the other part of Europe. To complete the course, you have to work as a team and successfully finish the given project by applying Agile development principles.

How did you find jobs during and after the studies?

I started working while I was still in high school but those were just regular student jobs. First job in software development I found while I was a second-year student. With a team of colleagues, I was developing a mobile app that displayed telemetry data from a Formula Student car. At Job Fair I stumbled upon Dok-Ing booth where a group of employees was showing of their work on an electric car. We talked a bit and I demoed the app, shortly after I got my first summer internship. After that, I found most of the jobs through networking at workplace or in student organizations. Current job actually found me as current team lead was looking for people to work in Mercedes’s startup. We knew each other from a previous project where I was developing electronics and software for a prototype car interior. To move to Berlin and work on something so big was my dream so I really couldn’t say no.

What suggestion would you give to students who are aspiring to a similar career path?

Automotive industry is becoming broader and broader term from the perspective of software development. It’s not a set of sensors, actuators and simple microcontrollers anymore. User interface and experience are becoming more important by the day. In current team we are implementing graphically rich 2D & 3D interfaces. We build them on open-source based operating systems and package this into the car where an orchestra of sensors provides the data just like microservices would.

Automotive development is no longer a closed and exclusive club and there are more and more companies in Croatia that develop for it. A few years ago, I wouldn’t believe that cars coming off of an assembly line would include software that I developed. And today this seems like a matter of the date of the start of production.

You’ve probably thought of applying for an internship at big tech such as Google, Facebook, Microsoft or Apple but never thought of applying for a position at Mercedes, BMW, Ferrari or Tesla. It doesn’t matter if you’re interested in the development of electromotors, electronics, communication systems, mobile apps or user interfaces, in the automotive industry there is a need for you. So, the next time you are contemplating your career path, consider the automotive.